Sozopol – – the small and romantic sea town with a typical Bulgarian architecture located 35 km south of Bourgas is the oldest settlement on the Black Sea coastline.

The town is famous for the Apollonia art fests that take place at the start of September and carry the name of the town since the Antiquity, with its architectural monuments, thanks to which, the old town of Sozopol has been proclaimed an archeological museum with the ancient necropolis of Apollonia Pontica and in recent years – with its priceless religious possessions. 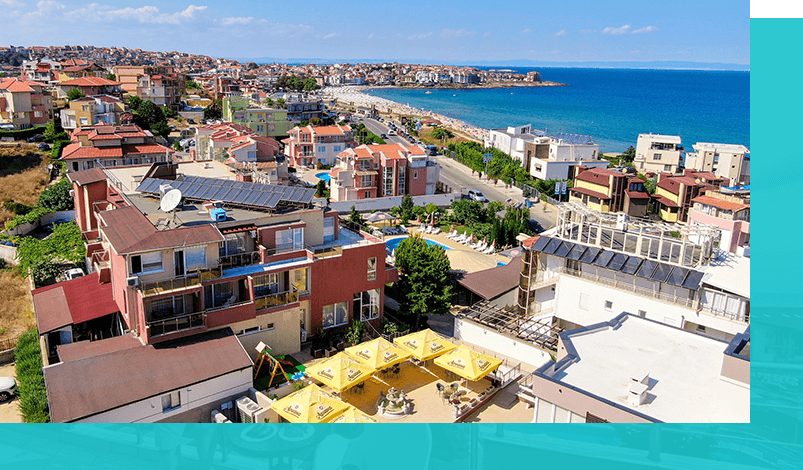 On 28 July 2010 during archaeological excavations on St. Ivan Island near Sozopol, the remains of the first saint in Christianity – John the Baptist, were found. He is among the most honoured saints all over the world, not only by Christians, but Muslims as well. The relics of the saint are dispersed on three continents, and the believers pilgrim to seek them out. On 5 August 2010, the remains were officially handed from the State of Bulgaria to the Bulgarian Orthodox Church and are now stored in the temple of St. George in Sozopol , which, up until this moment contained part of the Holy Cross and the remains of St. Andrew, and now – the remains of the Baptist.

The most occupied time of the year for the town is from the beginning of May until mid-October when tourists from all over the world visit Sozopol to enjoy the weather, the beaches, the history, the culture, the religious riches of the town and the nearby areas, the diverse cuisine (Bulgarian, Greek, Turkish) and the atmosphere of the bright-colored resort.